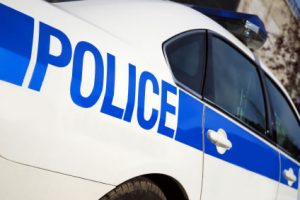 Field Sobriety Testing (FST) or Horizontal Gaze Nystagmus (HGN), (which include the Walk and Turn, and the One Leg Stand) are tests used by police in DUI investigations.  They're a set of divided attention tasks that help police determine for possibly impairment.  They're also used to obtain probable cause for a DUI arrest.

If your requested to submit to the exercises, it's because the officer already thinks that your impaired.  Unless officer at least a reasonable suspicion you were driving under influence, they legally cannot request you to perform them.  It doesn't take much for an officer's belief to be reasonable.  Just the mere fact that they smell an odor on your breath could be enough.

Your performance on the field exercises used to confirm or dispel the officer's suspicion that your impaired.  Problem with that is officer's suspicion is entirely subjective, it is based solely on his belief and opinion.  Furthermore, the officer already suspects your impaired before you even begin the exercises.  They will be a bias observer and will evaluate your performance such a way that will always produce skewed results.

Field sobriety testing exercises are voluntary.  Unfortunately most people are unaware of this fact and submit because they think they have no choice.  In reality, the police supposed to inform you that the tests are voluntary.  They should request you to submit, or ask whether you agree to perform them.  In practice, officers merely demand or order you to comply, or begin administering without giving you an opportunity to refuse.

If your forced into performing the exercises, or not otherwise told they were voluntary, tell your attorney immediately.  It may not make or break your case, but it is absolutely relevant and may be helpful to your defense.

Refusal to perform roadsides will not result in a license suspension; however, in some jurisdictions it can and will be used against you in court.

In some states the prosecution is not allowed to comment on your refusal.  In other states the prosecutor is entitled to inform the jury you declined to comply.  However it is then used as an indication of your guilty mind.  The thought is that someone who is really innocent will do everything they can to prove they are innocent.  It is therefore important to obtain an attorney. You must make the jury understand that refusal alone does not indicate guilt. Several justifications exist for choosing not to comply.

When You Shouldn't Submit (ALWAYS!)

The answer to the question of whether or not you should ever submit to the roadside exercises is always no.  Even if you have had nothing to drink at all, you still shouldn't submit to the exercises.  The reason why is because even sober, people can and will still fail these sobriety tests.  Several factors can affect your ability to perform the exercises to standards that have absolutely nothing to do with intoxication.

The biggest factor other than impairment that could cause you to fail is being tired.  Most DUI investigations will be late at night.  Symptoms of fatigue can mirror those of intoxication.  Poor roadside conditions will also have a major impact on performance.  Perhaps you were on a sloping hill of a street, or on a narrow shoulder of a busy highway.  The weather is also a big factor.  Imagine standing on one foot in freezing cold while it's snowing or in the pouring rain!  What you are wearing can skew results.  High heels and pants that are too baggy or so long they drag the floor. These can affect your ability to balance.  Finally, inexperienced and poorly trained police officers that improperly administer the test guarantee results that are always invalid.

According to the NHTSA (National Highway Traffic Safety Administrator), people over the age of 65 or those overweight by more than 50 pounds will not be able to perform the test.  Individuals with medical problems, such as leg or back pains, ear infections, or those taking certain medications shouldn't submit either.  If you have ADD or other psychological disorders, you better believe refusing is your best option.  Such conditions will affect your ability to pay attention to the officer's instructions.

One Leg Stand DUI Field Sobriety Test  -  If the One Leg Stand sounds tough to you just by it's name, that's because it is probably the most difficult sobriety exercise you will be asked to do.

Choice of DUI Test Relative to Suspect and Officer