You are here: Home / FAQ / What is a Donald hearing? 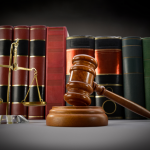 Know the Terms of the Plea Bargain Before the Donald Hearing

When there is an offer on the table (plea bargain), the Judge will often conduct a Donald hearing. In this hearing, the Judge informs the defendant of the terms of the offer. Details of the exact sentence they will get, or the sentence range. Along with outlining the risks of not accepting the offer.  This includes the minimum and maximum sentence they would receive if the deal is rejected and are ultimately found guilty.

In Arizona criminal cases, including DUI cases, a person accused has the right to know what kind of plea bargain is on the table (if any). They have right to make informed choice whether to accept agreement, or reject it and proceed to litigation or trial.

If they decide to reject the offer, they will not be able to complain that they didn't know about the offer later. They are in charge of going to trial. They shouldn't feel forced.

The reality is that many criminal defendants in Arizona that reject a plea bargain and then lose at trial end up getting a greater penalty than the terms of the plea agreement called for. A Donald hearing is a way of protecting the court.