You are here: Home / FAQ / The Walk and Turn DUI Test

What Is The Walk and Turn DUI Test 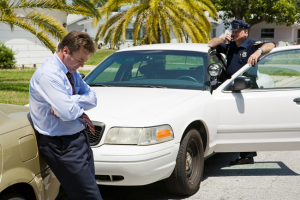 The Walk and Turn is a DUI test that is often used by police officers to detect impairment. It should referred to as an exercise instead.

If you are reading this, chances are you have already been arrested for a DUI. More then likely, you have already submitted to the field sobriety exercises, including the Walk and Turn, and failed. It's obviously too late now to take the advice of never submitting to the exercises. Instead, you should read what is written below very carefully, and contact an experienced attorney in your state, city, or county for help.

What Should I Expect During the Walk and Turn DUI test

Your ability to perform the actual walking and turning and how well you are able to listen and follow the directions will be crucial.

Criticism of the Walk and Turn

It may sound easy but this DUI test is designed for you to fail. Walking a line heel-to-toe tight-rope style is not something you had to do in order to get your driver's license from the DMV when you were 16! So why would you do it now? And what the heck does it have anything to do with your ability to drive a car? Easy - you shouldn't, and it doesn't!

List of Reasons Why You Should Not Consent to the Walk and Turn DUI test.

1. They test you right from the start: During instructions, before the test has even begun, the police will tell you to put one foot on the line and begin to instruct you. You should not be allowed to move your feet during this time.

Wait, what's a clue or cue?

A clue (or cue) is an indicator that the suspect cannot perform the Walk and Turn to its standards:

2. Monkey See, Monkey Do: Unfortunately, most of us learn by doing, not watching. And most unfortunate, it is inherent human nature for people to mimic each other while engaged in conversation. You may subconsciously begin to move your body upon hearing the instructions. And if someone is demonstrating something to you, you naturally will want to make movements with your body to mimic that behavior as well.

3. Are the questions wrong: The police need to ask you about illness or injury before testing. The problem is that not only do many of them never ask, but the ones that do ask you, ask the wrong question! They will say something like "do you have any injuries or illnesses that would prevent you from being able to perform this test?".  The reason why this is the wrong question is because it doesn't matter if you are unable to do the test at all, it matters if there is something wrong with you that would affect your ability to perform the test at all.

4. An abnormal way to test for normal behavior: How often do you walk down the street heel-to-toe in a straight line for 9 steps exactly, turn taking baby steps and walk 9 steps heel-to-toe back where you just came from? I'm guessing never. What would you think if you were driving down the street and you saw people walking this way?

Failing Due to Losing Balance

6. It's natural for people to fail something on the first try: Imagine being on the side of a major highway with cars zipping past you. It's windy. Maybe it's cold or raining. It's late at night. You can barely hear the officer's instructions and you are so nervous its difficult to pay attention.

7. Many things can affect your balance, and it will, especially under the stress of a DUI investigation: We've all seen the Olympics and observed first hand how gymnasts under pressure choke and fall. You will want to cooperate, but you will not be able to as much as you'd like to think. Plus, other things could interfere - like if you have an ear infection, for example. People with ear infections have problem with balance, and will not be able to perform the Walk and Turn successfully.

8. Shoes Matter: Oh boy does shoes matter! Imagine doing this funny little balance beam act wearing 4 inch stilettos. If the officer is nice enough to allow you to remove your shoes, barefoot on rough gravel isn't much better, either. There could be glass in the road! And gentleman, this applies to you as well. How often do you go to the bar or out late to an event and wear nice dress shoes? Imagine how much harder wearing them would be while doing these silly balancing acts!

So basically, think twice before taking the test.  If you already have taken the test and failed, contact an experienced DUI attorney in your state, city, or county for help defending your case.