What is a DUI Plea Bargain 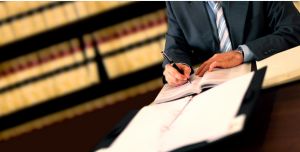 A DUI plea bargain in a drunk driving case are deals with a prosecutor. A defendant will enter a guilty or no contest plea to driving under influence. They may plead guilty to a lesser offense to receive a less severe punishment. In exchange, the defendant will give up their right to jury trial to defend themselves against the original crime charged.

For example, some DUI cases in some jurisdictions can plead down to reckless driving. This carries a less severe penalty than a DUI conviction.  For people who do not want to take a gamble.  A DUI plea bargain is an attractive alternative to the risks that losing at trial may impose.

When Is a DUI Plea Bargain Available in DUI Cases

Most states do not have rules that dictate the time during which plea bargains are negotiable. However, some courts do set limits as to when they will entertain or accept plea bargains in DUI cases. Most Judge's in most states have the ability to reject or refuse to accept any plea bargain. Some states, Oregon for example, actually have laws that prohibit plea bargaining in DUI cases. This is, however, more the exception than the rule.

How Are DUI Plea Bargains Obtained

Some DUI prosecutors include an initial plea offer when they send the police report to the DUI defense lawyer. Waiting for at least a month into the case to make sure that a complete background check done to discover any prior convictions or arrests that might impact the type of plea bargain they offer.  The initial plea offer is often times far from the best offer available.

When a plea offer in a DUI case is not set by policy, DUI attorneys can be extremely effective in securing favorable offers through plea negotiations. Typically, in order to negotiate something favorable for you, your attorney will need to have some leverage. The best leverage available to secure a good DUI deal is a DUI attorney with a reputation for fighting cases and winning. When this kind of attorney investigates your case and finds something that they can show the prosecutor, which could be considered a "hole" or "gap" in the state's case, good plea bargains tend to materialize.

When Do Plea Offers Expire in DUI Cases

A plea bargain expiration date can turn into a game of chicken. Most prosecutors would rather resolve your DUI case through a plea bargain. This is especially true when your attorney knows they are up against a good prosecutor. Letting a plea expiration date pass could result in the prosecutor coming back to the table and sweetening the deal. Of course, it could have the opposite effect as well.

Defense attorneys have a good sense of how far they can go in a DUI plea offer. It makes sense to listen to your attorney's reasons for accepting a plea bargain, or rejecting it.

What Can a Plea Bargain in a DUI Case Accomplish

Before entering any kind of plea bargain, consult with an experienced attorney. Explain the facts and circumstances of your case to them fully. Then decide what the best course of action is for you.

DUI Attorney Client Relationship  -  When you face a DUI charge, it is important to understand your DUI attorney client relationship and set reasonable expectations.

Hiring a DUI Attorney or Representing Yourself  -  Having a lawyer may drastically improve your chances of beating the charge or getting a favorable plea bargain but should you be representing yourself?

DUI Court Appearance and What To Do