DUI Evidence Collected at Beginning of a DUI Case 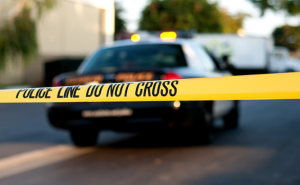 Most DUI arrests follow a predictable pattern and  collection of DUI evidence. The police officer stops you or comes into contact with you.  Asking of questions, making physical observations and given of field sobriety tests. Finally your allowed to drive away or your arrested for DUI.

It is important to understand what DUI evidence police can use against you in a DUI case.  DUI evidence can include video taken from the arrest and even your actions before the arrest.  Learn what your rights are when you are pulled over or have been stopped at a DUI checkpoint, as well as how it differs depending on your locale.

A majority of evidence in DUI cases come from chemical tests. The tests can come in a variety of formats and some tests hold up stronger in court than others.  To clarify, identifying each tests specific purpose and knowing which to take can be crucial in your case.  Every case will also have a witness. That witness is usually the police officer. He will testify against you to corroborate the evidence.

DUI Trial Arguments: Opening and Closing Statements  -  The importance of opening and closing statements during DUI trial arguments is paramount to the outcome of your criminal case.