What is an Alcohol Ankle Monitor 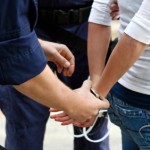 Alcohol ankle monitors (SCRAM devices) are worn around the ankle that measure levels of alcohol present in a person's perspiration. You may have heard about them on TV. Television shows are writing them into their scripts leading to popularity.  Celebrities such as Lindsay Lohan, Andy Dick, and Michelle Rodriguez photographed wearing them.

A SCRAM (Secure Continuous Remote Alcohol Monitor) device is the most commonly used alcohol monitoring device, and is manufactured by a company in Colorado called Alcohol Monitoring Systems (AMS).

How Does It Work

The device is small enough to fit discreetly under a baggy pant leg. It only weighs about 1/2 pound and fits comfortably 24 hours a day 7 days a week. Random samples of your perspiration report at least once an hour are on display for the presence of alcohol. The results are available over the Internet through a modem. The bracelet measures not only alcohol levels, but also attempts at tampering and removal. That means if you try to take it off, or interfere with its ability to test you in anyway, it will know and tell your Judge. The bracelet is waterproof so it will be safe while in the shower.

When Are SCRAM Devices Helpful

The devices may be helpful during trail or after conviction. Judges often require an arrested person to wear the monitor in addition to any bond that they set. In Arizona DUI cases, some Judges will order the use of these devices even before conviction. Find an attorney in your state, city, or county to help you. A Judge may allow a person convicted of DUI to wear an ankle monitor as an alternative to jail time.

Yes. Initial activation and installation costs of Ankle Alcohol Monitors are around $100. DUI defendants will be responsible for the installation, activation as well as a daily fee of $12-$18.

House Arrest and Home Detention in DUI Cases  -  House arrest is a great alternative for both the government and the DUI offender. The cost to the state that usually accompanies incarceration is avoided.

DUI Court Appearance and What To Do  -  The first of your DUI court appearance may come the morning after your arrest if you are held in jail overnight. In other cases, it may be your arraignment