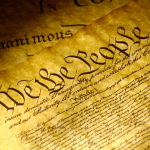 Everybody has heard the term Miranda and most people are familiar with the following:

The officer must read you these rights before arresting you. If you are facing a DUI, you should request a Miranda hearing. The prosecutor must prove that you were read your Miranda rights properly. They must prove you had a clear understanding and that you waived them.

In DUI motions hearing combining multiple issues, skillful DUI defense lawyers can use one issue to gain advantage in another.  For example, in a case where reasonable suspicion and probable cause are issues along with Miranda.  The officer will have to justify when he formed a reasonable belief that you were driving under influence.

As an example, if an officer waits to arrest you until all tests are complete.  They will have a hard time claiming that he had probable cause.  Because of the competing concerns.  It then becomes very possible for a skilled DUI defense lawyer to litigate the officer.  Saying that he didn't form probable cause until after the last field test completed.  This is especially problematic when the officer does the Horizontal Gaze Nystagmus (HGN) eye test first, as it is widely considered to be the most reliable of the field sobriety tests.

On the other hand, if the police officer reads you Miranda warnings before the field tests. It will be difficult to justify doing the tests after that.  What purpose do they serve if the officer already had probable cause?

The arrest is official with placement of handcuffs. There is no doubt about that. Some DUI police officers will wait until after arrest. This is perfectly legal under most circumstances.

Prosecutors, like police officers, prefer to delay giving Miranda rights. There is no right to talk with an attorney before deciding whether to take the DUI tests.  Odds of you cooperating and giving officer the chemical test they want are greater if you don't lawyer up first.  The reading of the Miranda warning is to make people think about their rights. If you consider your rights before you take the police officers chemical test.  Why would you cooperate and take it without first asking a DUI attorney?

Police officers know they must read the Miranda warning after arrest. More and more officers are not reading them directly after you give the chemical test. That way, you are more likely to talk because you have already given your blood, breath or urine, which is presumably going to be the most incriminating piece of evidence. You'll see the light at the end of the tunnel. You will start to believe that just by answering the officer's questions, release is possible. Some officers even imply or tell you this.

Are Miranda Motions Worth Bringing Up

The answer to this question will depend on the individual facts of your case. If there are statements that are damaging to your case, you can knock them out. As with any litigation, you never know what is going to happen until you try it.

Bringing Miranda rights and other motions together with counsel will be serving your best interest.

Personal Rights Should Be Known Before a DUI Arrest  -  Your personal rights to counsel correlates with your 5th Amendment Miranda rights. Miranda rights are not actually read to you until you have been placed in custody.