You are here: Home / FAQ / DUI Court Appearance and What To Do 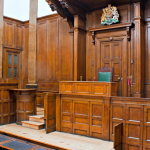 The first of your DUI court appearance may come the morning after your arrest if you are held in jail overnight. In other cases, it may be your arraignment after a police officer released you after your arrest. The arraignment could be the next day. It could be months later. It is possible that the first time you have to appear in court is to answer to a felony summons after an indictment.

In some courts you must ask for a jury trial during the first DUI court appearance. If you don't, you could lose your right to have a jury. So if you have to go into your court date without a lawyer, make sure you know what the local rules are in regards to jury trial requests.

Lack of Probable Cause in DUI Cases

DUI Court: What to Wear