You are here: Home / Legal / Per Se DUI Laws and Legal Limits

How "Per Se" DUI Laws Affect Your Case 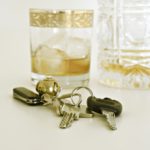 In all 50 states and the District of Columbia, it is a crime to operate a motor vehicle with a BAC (Blood Alcohol Content) higher than .08.  The DUI laws themselves vary from state to state. Some have placed time frames during which you can't be at or above a certain alcohol level. For example, in Arizona, it's a crime if you have a BAC at or greater than .08 within 2 hours of driving. Whether law in your state indicates "at time of driving" or "within certain time of driving", the concept basically same.  It is illegal and separate crime, to drink and drive with a BAC higher than a certain amount (usually .08).  This is regardless of your level of impairment.

What does that mean for you? This means the prosecution will not have to prove you were driving erratically or even in manner that suggested impairment.  If they have admissible evidence that shows your BAC level was .08 or higher, that fact is evidence of guilt.  In order to challenge the BAC evidence in your BAC case you must attack the reliability of test.

The per se laws also mean that you may find yourself facing multiple DUI charges - One for DUI (impaired to the slightest degree) and one for DUI per se (having an alcohol level of 0.080 or more).  You may be thinking, wait a minute, what about double jeopardy?  Most states do allow multiple charges, but not multiple convictions.  Moreover, in the states that do allow multiple convictions stemming from the same incident.  They will only allow you to be punished for one.  This is troubling, however, as you will have the convictions on your record.  The social stigma attached to them may be devastating to your career, reputation, and future.

Per se laws are harsh, and each year state legislators and the police are becoming more and more conservative. The best way to avoid a DUI is to never drive at all after drinking. The next best way to avoid a DUI arrest or conviction is to educate yourself about the laws in your state.  Ignorance of the law is not a defense, and the best way to start fighting your DUI is with knowledge, preparation, and consultation with an experienced attorney.

Hiring a DUI Attorney or Representing Yourself