You are here: Home / Legal / Impairment Levels in DUI Cases

Distinguishing Between Levels of Impairment 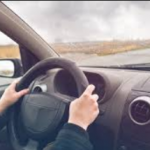 You should know by now that different people react differently to alcohol. Several factors may increase or decrease your level of impairment in DUI cases, including food, drugs, medications, weight, age, etc.  Regardless of your level of impairment, however, in every state it is illegal in and of itself to drive with a certain BAC (Blood Alcohol Content).  In most states it's .08.  Whether you are 100 pounds or 400 pounds, a chronic alcoholic or first time drinker, .08 is your legal limit.  Some people wasted with .08's worth of alcohol in their blood, but others won't feel the effects at all.  Some highly advanced alcoholics actually more functional at 08 percent body alcohol level than without any alcohol in their system.

Its important to understand that although it takes you 10 drinks to feel drunk.  It could be illegal for you to drive after just having one or two.

It's also important to understand that your driving pattern alone is not what officer's will consider when making a decision to arrest you for DUI.  It doesn't take someone driving the wrong way down a one way street for pulling over.  People who are driving perfectly could still arrested for DUI.  Police officers make a determination to arrest you based on a totality of their observations.  Driving is just one of many factors they consider.   Most people suspected of DUI do not vomit all over police or fall on their faces upon exiting their cars.  The average person does not even start slurring until an alcohol level of 0.180 percent.  Other indicators of impairment may lead to a suspicion that you are driving under influence (DUI).  Such as alcohol odor, flushed face, fumbling with wallet or keys, smoking or chewing gum masking an odor, and more.

The constitutional standard for stopping a car is very low, so challenging the basis of your stop can be difficult.  If successful, however, it may result in evidence being suppressed or even your entire case being dismissed!  That is why it is so important to consult with an attorney to help you defend your case.  And remember - be sure to tell your attorney all the circumstances surrounding your stop.

Levels of Impairment Across States

Some states say that the driver of the vehicle impaired.  In other words, your physical or mental capacity diminished by the use of alcohol.  It is difficult to argue after several drinks person is not impaired to do things, at least to slightest degree.

Other states say that the driving must be impaired. This standard is a bit higher. For example, surgeon may have two beers and impaired for task of doing brain surgery, but okay to drive vehicle.  In this type of scenario, the prosecutor must prove that your driving, not you personally, was impaired.

Human Factor of Breath Test and Impact on a DUI  -  There are several ways that a human factor of breath test impact DUI reading, resulting in an erroneously high or low reading.

Arrest Statements and Issues in Court