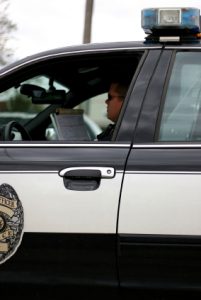 Pursuant to the 4th Amendment of the U.S. Constitution, every citizen has a constitutional right against unreasonable searches and seizures.  This means that the police cannot stop your car or order you to pull over.  Unless they have a reasonable suspicion that you committed or were about to commit a crime.  There are times, however, when the police can in fact make a random stop that may seem unreasonable to you. For example, if DUI reasonable suspicion applies with an "Amber Alert", police can make you pull over and search your car.  This can be without a warrant, to check for a reported missing child.  They may order you to stop if your car matches the description of one connected to criminal activity.

Not necessarily every DUI defendant suspected of driving under the influence before their pulled over.  In other words, the person may not specifically pulled over for a DUI.  This is because they were driving in a way that suggest impairment.  A DUI arrest often made following a stop for a totally unrelated traffic infraction.  Such as speeding, improper lane usage, driving the wrong way down a one way street, running a red light, etc.  DUI arrests been known to be made after someone pulled over for innocent behavior, as the Amber Alert example above. In each of situations, the officer will not suspect your impaired until made contact and more observations of you.

There are times when police may suspect you driving under influence (DUI) before they even make contact with you.  In such situations, your pulled over because the officer suspects your impaired to drive.   The DUI reasonable suspicion may arise as a result of the manner in which you were driving.  Such as weaving, veering, or other actions indicative of impairment, or even based on a tip received.  Possibly even because you were driving in an area and at a time where DUI's often occur.  While normally the fact that you were speeding would not raise red DUI flags with police.  Police are more likely to think you could be driving drunk if done so at 4 am down Vegas strip.

The NHTSA has a "DWI Detection Guide" that was written to help the police with detecting and arresting impaired drivers.  The guide lists several things (what they call "cues") that they believe are suggestive of impairment, whether observed alone or together with other factors.  The guide lists 24 indicators that the NHTSA tells the police they should look for in your driving pattern that could suggest you are driving under influence.  The factors broken up into four separate sections and listed below:

Whether the police had suspicion reasonable enough to justify your stop is an issue you will definitely want to discuss with an experienced DUI attorney who can help you defend your case.

Human Factor of Breath Test and Impact on a DUI  -  There are several ways that a human factor of breath test impact DUI reading, resulting in an erroneously high or low reading.