You are here: Home / DUI Defense / Know Your Rights Before a DUI Arrest 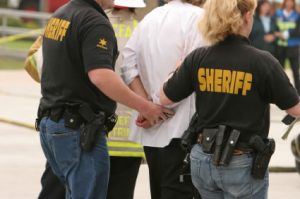 Your right to an attorney is protected and guaranteed by the 6th Amendment of the United States Constitution.  In DUI cases, this right is not as clear cut as one might think.  Your right to counsel correlates with your 5th Amendment Miranda rights.  The Miranda rights will be read after placed in police custody and you've been subject to custodial interrogation.  This means a DUI suspect will usually not be read Miranda rights until much later at the police station. They may not be read upon being handcuffed and put you in a police car.  It's crucial to your case that you know your rights before a DUI arrest takes place.

Could You be Waiving Your Rights

Basically, any statement you make could be an admission in court.

Your confused about when your allowed the opportunity to speak with an attorney in a DUI case.  The law on this topic significantly varies from state to state.  The right to counsel under the 6th Amendment is a federal right that serves as the minimum requirement for DUI cases.  Each individual state has the discretion to expand that right. Depending on your state's constitution and your local laws, your entitled to speak with an attorney before custodial interrogation, or before you decide whether you wish to submit to a chemical test.

Confusion Can Help in Defending Your Case

Depending on the laws of your jurisdiction, this confusion could help you defend your case.  After the DUI arrest,  always ask to speak with an attorney immediately before performing any field sobriety tests.  While suspects entitled to an attorney at that time, the request taken as a refusal to cooperate.  The failure to properly advise rights could make or break the case.

In some jurisdictions, suspects don't have right to counsel prior to field sobriety tests.  In other states, your rights attach once blood, breath, or urine sample requested.  The right limited and time restricted.  The officer must inform the suspect that no such rights exist and failure to do so could help significantly in your defense.