If your confused by all the drunk driving acronyms out there used to refer to the crime drinking and driving, you are not alone.  DUI, DWI, OUI, OWI are common. Here we discuss these and more.

DUI Law - The Many Acronyms Of Impaired Driving 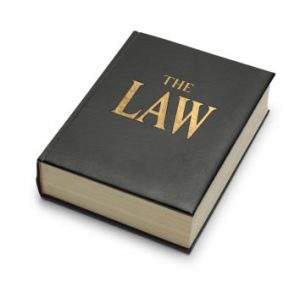 Many people get the abbreviations and their respective definitions mixed up.  If you happen to find yourself in the unfortunate position of arrested for drunk driving.  You may stumble (no pun intended) to fully understand what the accusation exactly is.  Though the names may vary for drunk driving acronyms, DUI, DWI, etc., - they all have one thing in common...trouble.  The first step in planning your defense is to research your local laws as much as possible.  Knowledge is power, and the more you know about drunk driving acronyms obviously the better prepared.

Listed below are the names and definitions of terms used.  Referring to the crime of driving under the influence.  Be sure to double check your applicable statutes, because in addition to the names differing among states, the elements defining the offense vary as well. Always remember to consult with an attorney for a better understanding of how your local laws relate to the specific facts of your case.

Guide to the Abbreviations for Drunk Driving Acronyms

Operating a Motor Vehicle while Intoxicated (OMVI). Sometimes used in Ohio, though most often the offenses referred to "OVI" (see below).

Operating a Vehicle (while) Impaired (OVI) is Ohio's official catchall term for any offense related to drunk driving.

Operating a Vessel While Intoxicated (OVWI) sometimes used in the following jurisdictions: (Indiana and New Jersey).

BUI (Boating Under the Influence) makes it illegal to operate any kind of water vessel while impaired.  From canoes to cruise ships, the punishments are similar and it as severe as a regular DUI.  Every state has laws regulating the operation of boats while under the influence of alcohol.  Check your local BUI statutes for more specific information.

Driving While Under the Influence (DWUI), and while the name and acronym are unique and only used in Wyoming, the statute itself is similar to other states' DUI laws.

Driving Under the Influence of Intoxicants is a term exclusively used to criminalize drunk driving and similar offenses in Oregon.

Hiring a DUI Attorney or Representing Yourself